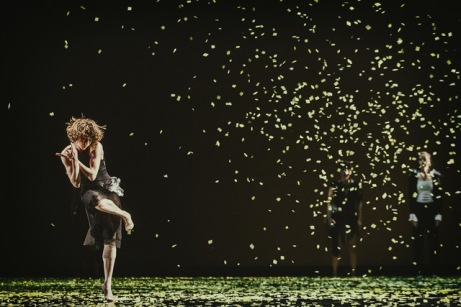 “It is because persistent warnings from scientists are so much starker in the wake of the IPCC’s (climate change) report last October. And most of all, it is because record heat, fires, storms, droughts and species decline show we are hitting ecological limits. There is no margin left.”
~ Jonathan Watts

So, We’ve been dancing around this whole climate change issue for over a decade, most publicly since Al Gore’s An Inconvenient Truth in 2006. That report aroused the climate change sceptics — Big Oil, Big Auto and other frightened industries and their politicians — to retaliate and try to disprove or, at least de-emphasize, the possible impacts. “It’s just a natural cycle,” they postulated. “Humans have no effect on the climate,” they theorized. “All those scientists are biased,” they claimed.

In the dozen or so years since Gore’s report, scientists have continued to study and research the causes and effects of climate change and possible mitigation strategies. And, the findings keep rolling in, emphasizing the dangers we face. Author Jonathan Watts notes, “The trends for the climate, the oceans, the forests and the soil are unrelentingly frightening. Humanity has never faced a more wicked problem than the collapse of these natural life support systems. Nobody is free of responsibility. Everybody has something to lose… The challenge is huge, urgent and beset with opponents. But change is happening nonetheless.”

Reporter Brian Kahn noted that the health impacts of climate change are already apparent. “… 2018 marked the second-worst year since accurate record keeping began in 1990 for the spread of dengue fever-carrying mosquitoes. The two types of mosquitoes that transmit dengue have seen their range expand as temperatures have warmed; nine of the 10 worst years for dengue have come since 2000, researchers found. The range of malaria-carrying mosquitoes has also expanded as have conditions suitable for vibrio bacteria responsible for diseases like cholera.”

“Scientists found that more than three-quarters of countries around the world are seeing increased prevalence of wildfires and the sickness-inducing smoke that accompanies them… The fossil fuels driving climate change make people sick, and so do impacts like extreme heat, wildfires, and more extreme storms… In short, the climate crisis is a public health crisis.”

As reported by Adele Peters, filmmaker Damon Gameau saw a need for clear visions that let people better understand what change might actually be like. “I’ve thought for a while, intuitively, that this is the thing that’s missing — how can we expect people to move into this new reality if they can’t see it first and talk about it and describe it?”

“This is a crisis of imagination. We just don’t have leaders that throw out visions anymore. They’re often talking about protection and retreat. And that’s a very different state of mind… I think that’s been a failure in a sense of we’ve relied only on graphs and logic to try and convince people of this argument,” says Gameau. “We’re a species that’s evolved to tell stories and we’re very visual, and I think it’s not their fault, but we’ve just left scientists to do all the communicating.”

Johnathan Watts observed, “The battle for ideas is best fought in peer-reviewed journals rather than gladiatorial-style TV talk shows where loud voices drown out strong principles. Science remains paramount. Accuracy must always be the goal. But truth is more than datasets. It has to resonate on an emotional level… This is not just another subject; it is a prism through which to see the world.”

We are currently mitigating many of the impacts of climate change, not with sea walls, but due “to improved access to healthcare, socioeconomic opportunities, and sanitation in some regions,” according to Brian Kahn. “… rural health clinics and sewer systems fall into that same category, as do programs like affordable crop insurance. The report suggests improving access to financing health-focused climate projects could pay huge dividends as a result, ensuring that people are insulated from the impacts of climate change and helping lift them out of poverty in the process.”

It seems that practical measures for improving peoples’ quality of life actually help to dampen some of the problems caused by climate change. Sanitation, poverty, health care, crop insurance — not really the bogie-man that Big Oil and climate change deniers are afraid of, but measures that improve peoples’ lives and make them more adaptable to the changes that are coming.

According to Damon Gameau, “That sense of urgency is starting to descend on a lot of people … My favorite quote is from Robert Swan, the Arctic explorer, who said that ‘the greatest threat to the planet is the belief that someone else will save it.’”

Additional information:
Brian Kahn, Climate Change Is Already Making Us Sick, 11/13/19, Gizmodo
Adele Peters, See How Good the World Could be in 2040—If We Act on Climate Solutions Now, November, 2019, Fast Company
Jonathan Watts, ‘Everybody Has Something to Lose’: The Exciting, Depressing Life of a Climate Writer, 28 Oct 2019, The Guardian