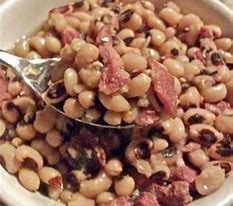 Babe’s tail went up like a flag in the brush ahead. “Point,” my dad commanded, then, “Hold steady … hold.”

The warning was more to my brother and me than to Babe, our English Setter, who knew her job better than any of us. We kept our skirmish line straight, about fifteen feet apart as we approached the bird dog from behind. Babe quivered and my dad spoke to her calmly.

One step, then another. On the third, the ground erupted in a swirl of flying quail — like someone had thrown confetti into a fan — wings beating as loud as thunder. I focused on a single quail and fired, and heard a nearly simultaneous shot from my right. My quail dropped into the brush. Babe went to get it.

As I stepped up to take the dead bird from Babe, my brother joined me. “I think that’s mine,” he said reaching for my bird. We looked at each other and laughed. “Damn,” he said, “How come we always shoot at the same bird?” Babe got bored, dropped the bird between us and went off to find more quail.

It was a question we had asked before. It is a common phenomenon that two (or more) hunters would end up shooting at the same bird in a covey of fifteen or twenty. We had slightly different perspectives on the birds when they flushed, and different reaction times. What was it about that one? Luck?

It wasn’t just quail. It happened when we hunted ducks, and other hunters had reported the same thing. Something about that one bird made him a target; maybe he was the sacrifice to the rest of the covey. Maybe the same phenomena applied to a school of fish or a herd of gazelle; there was something about that particularly unlucky one that drew the predators to it so the others could escape. Just a matter of luck.

“Think of them as breakfast appetizers.” I replied.

My southern upbringing kicked in this New Years, and since we hadn’t stayed up past midnight, breakfast would be our first food of the new year. My childhood belief was that if the first food you eat in the new year is black-eyed peas, you’ll have good luck the whole year. Given what a crappy year it was last year, I figured anything was worth a try to improve things. (Anyway, black-eyed peas, like quail, are pretty good with eggs and toast.)

I don’t consider myself particularly superstitious, but having once been an athlete, I learned that luck plays a big part in any success. Some of the guys I played football with were pretty strict about their routines – the order of dressing (left sock, right sock, left shoe, right shoe), tap the top of the door frame on the way out, always sit next to the same guy on the team bus … and plenty of other quirks. It could get obsessive, and if you messed with someone’s ritual, you could get decked.

Frankly, 2017 has been pretty much decking us every day. We’ve watched all kinds of social, political and financial progress being rolled back gleefully by people whose intention is to ruin our country and our government, as though our government is what is wrong with the world. Environmental protection, health and safety, human and civil rights, fiscal responsibility, stability of our institutions, diversity; it’s all under attack. It’s teaching me a lesson: If there’s something I believe in or value, I should be prepared to go fight for it.

I’m not particularly religious and avoid at all costs participating in structured religions, but I have some pretty clear values and do believe in the concept of karma as well as luck. Basically, ‘what goes around comes around’, ‘do unto others’, etc. There needs to be enough good in the world to balance out and overshadow the bad, and each of us needs to find ways to do a little good for things to work.

So, at the beginning of this new year it’s time for each of us to get out there and make some good happen. If you believe in something or cherish something or care for something, don’t just stand by passively and watch as it’s taken away. Go fight for it, and with a little luck, we can save those things we value.

Happy New Year, and give (black-eyed) peas a chance!