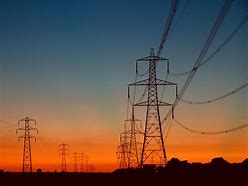 “And so, I became miserably conflicted about climate change. I accepted its supremacy as the environmental issue of our time, but I felt bullied by its dominance. Not only did it make every grocery-store run a guilt trip; it made me feel selfish for caring more about birds in the present than about people in the future.”

We face a lot of issues and problems these days — politics, bigotry, potential war, environmental degradation, social ills, the economy, misogyny and a whole world of others. It’s hard to decide which to worry about most. And then there is the overriding issue of climate change, that could destroy everything.

Yet, somehow we’ve got to focus, so today, I’m focusing on climate change. What are the options for addressing carbon emissions into the atmosphere? Is that the primary concern? What unintended consequences does each alternative bring? How do we decide what path to follow?

Should we switch from coal to solar, wind, nukes, natural gas or biofuels? Each has its own unique carbon footprint, costs, opportunities and attendant issues that are discussed heatedly wherever you look. Here’s my take on the highlights:

Of course ‘clean coal’ is a smokescreen, literally. Burning coal has been and continues to be a major contributor to climate change, and its many impacts are recognized. In addition, Ted Nace reports that coal has a twenty percent greater land footprint than solar. He also notes that reclamation of mined lands is often neglected, delayed or poorly implemented.

We’ve already begun the switch from coal to natural gas, which has some carbon emission reduction, but a major negative effect on coal jobs and coal mining. However, natural gas is still a major carbon emitter, both in the power plant and in the gas fields, where fugitive methane emissions are a serious carbon contributor.

Solar power has the advantage of location versatility, it can be placed on rooftops, unused land, parking lots, or field-mounted systems. Consequently, the land requirements can be combined with the footprint of other uses. According to a National Renewable Energy Laboratory Technical Report, “the fact that PV (photovoltaic) technology has the potential to be sited on areas not suitable for other uses (rooftops, brownfields, etc.) and in a manner that is compatible with multiple uses (i.e., grazing, growing shade tolerant crops, etc.) could minimize its impacts on land-use and ecosystem services.”

However, solar power manufacturing requires significant resources, including energy. In addition, solar energy production is not efficient in more northern and southern regions with low or even moderate solar insolation.

Dustin Solberg notes that “wind turbines are now the most economical form of new energy in the American Midwest. They’re bringing new investment and jobs to rural places struggling to diversify local economies while – and this is tremendously important – reducing carbon emissions. We need them in today’s energy landscape.”

Wind farms are productive, if sited properly, and require around 90% less land than coal to produce the same amount of electricity over a 60-year period. They can be managed to minimize disruption of natural systems, including bird migration routes, as Solberg explains, “Installing wind turbines in farm fields and former oil and gas installations rather than native grasslands both saves habitat and lessens the risk of bird strikes.”

Nuclear power generates nearly zero carbon emissions, and scores well in other factors. Martin Nicholson affirms, “In fact, when compared to coal, natural gas, and renewables, nuclear is the most land efficient, energy-dense source of power, with the lowest use of building materials per unit of energy generated per year, and one of the least expensive in terms of levelized costs.” Nukes also don’t have the intermittency issues of solar and wind.

Other technologies may come into play to reduce carbon and generate power, such as technologies that remove CO2 from the atmosphere. David Biello discusses various bioenergy techniques that use farmed plants as fuel in power generation with carbon recovery. (Of course, if you can recover carbon from biofuel plant emissions, you should be able to do it with coal.) Alternately, since vegetation naturally removes carbon from the atmosphere, “new genetic techniques or other manipulations may enable scientists to enhance photosynthesis itself, allowing plants to capture more CO2 as well as yield more food, fiber, or fuel.” This could benefit terrestrial and aquatic habitats, including the oceans.

Each alternative provides a different level of carbon emissions reduction, land footprint, resource requirements and necessary mitigating actions. In developing our plans for fighting climate change, we need to take the various factors into account to arrive at the best overall strategy, which would likely include a variety of alternatives.

However, we need to recognize that both small and big efforts are required. As stated by Sami Grover, “Yes, I should turn the lights off. Yes, we should all try harder. But ultimately this battle is about cultural and political change on a scale that has rarely been seen before. First and foremost, that will require collective action.”

Okay then, let’s get to it!

The Center for Media and Democracy, The footprint of coal, Sourcewatch, 16 August 2016

Sami Grover, Why Green “Lifestyle Choices” Will Never Save Us, The Guardian, November 10, 2011 (quoted by Lloyd Alter, above)

Martin Nicholson, Nuclear Has One of the Smallest Footprints, September 20, 2013, The Breakthrough

One thought on “Hey Buddy, Can You Spare a Little (Climate) Change?”