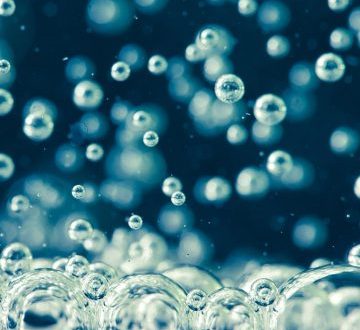 Carbon dioxide, that fizzy stuff in our ‘carbonated’ beverages, is our climate’s enemy. Not the beverages, but the amount of CO2 that we have been emitting since the start of the industrial age. While many people try to ignore the science of human-induced climate change, others are trying to figure out what to do about it.

Obviously, fewer emissions would help, but that’s not enough, and only marginally practical from an economic perspective. So, one solution would be to find ways to capture the carbon — either before or after it’s released into the atmosphere.

Science journalist Bianca Nogrady notes, “But carbon capture is a twin challenge. First, you have to capture the carbon dioxide, either directly from the atmosphere or from emissions sources. Then you have to put it somewhere that will store it securely for as long as possible.” Remember, that the carbon we have released through burning fossil fuels was captured and stored thousands of eons ago, but released over essentially the last several hundred years.

Nogrady explains, “The good news is this (carbon capture) is already happening naturally. Around half of the excess carbon dioxide that is released into the atmosphere by human activity — the combustion of fossil fuels — is ‘drawn down’ again by natural processes: half by land-based processes — mainly plants — and half by the oceans. We can’t — and shouldn’t — seek to control these natural processes. But we can take advantage of them…” There are also “‘negative emissions technologies’ — technologies that store or sequester more greenhouse gas emissions than they produce. These come in two main forms: nature-based solutions such as reforestation and afforestation, and more technological solutions such as direct air carbon capture and storage, enhanced weathering, biochar, and soil carbon sequestration.”

Planting trees is one approach, but has its limitations. “… trees are carbon guzzlers. Around half the mass of a single tree is pure carbon. Given that forests cover 31 per cent of global land area — around 4 billion hectares — that’s a lot of stored carbon … Finally, trees take a long time to grow and larger trees, which are also the ones storing the most carbon, can take decades to reach maturity — decades we probably don’t have.”

“One farming approach that delivers climate change mitigation, food security and economic security is agroforestry … Growing trees and crops alongside each other can benefit crops by stabilizing the local microclimate, providing shading, and buffering crops against extreme drought events.”

She also notes other ideas, “One of the most popular methods of carbon farming in Australia is ‘human-induced regeneration of a permanent even-aged native forest,’ which essentially means allowing native trees to return.”

In normal farming, “… ploughing or tilling, which cuts up and turns over the top 15–25 centimeters of soil, breaks apart and releases much of the soil’s stored carbon into the air;” however, “many farmers are moving to low-till or no-till methods of farming, where seeds or seedlings are planted directly into the soil without disturbing it as much.”

Of course, we know that the oceans store carbon, but it’s also the shorelines. Nogrady reports that a mangrove forest “is a place of strange creatures and plants that have evolved to thrive in the extremes of wet and dry. The surface is a rich ooze of fine dark mud that bubbles and crawls with life, marine snails map their journey on its canvas, and shellfish cluster on every inch of exposed rock … This is the home of blue carbon. Mangrove forests, along with seagrass meadows and tidal salt marshes, grow on hundreds, even thousands, of years of stored carbon.”

“In blue carbon environments (mangroves, salt marshes and seagrass meadows), carbon is almost entirely stored in sediments rather than within the structure of a plant, which means the carbon storage capacity over these coastal ecosystems is almost limitless …”

These environments also “provide a host of vital ecosystem services from which humanity has benefited enormously. They limit coastal erosion, protect against extreme events such as storm surges and tsunamis, improve water quality, support tourism, and are habitat and nursery for many of the seafood species that humans eat. Preserving them brings a host of benefits beyond simple carbon sequestration.”

Planting trees, sensible agriculture, protecting coastlines — it all sounds so reasonable. In the face of climate change, economic disaster, and the annihilation of the human race, shouldn’t we try some of these options?