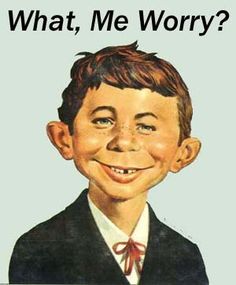 “Rape is kinda like the weather. If it’s inevitable, relax and enjoy it.”

Apparently, some people are fatalistic. In the recent controversies over Brett Kavanaugh and his sexual abuse accusations, some people, notably men of a given political persuasion, have decided that attempted rape or sexual harassment is just no big deal. Girls should just shut up and put up with it, because “boys will be boys.” Why try to change the inevitable?

It’s like some people’s response to school shootings. They proffer “thoughts and prayers,” but don’t believe that the guns are the problem. In fact, they want more guns in schools — thinking THAT would surely solve the problem. (Using that logic, the best deterrent to airplane high-jacking would surely be to put a loaded pistol in every seat back on the plane — that would deter the terrorists!) But meanwhile, some people are comfortable that if we just pray, mass shootings will stop.

And of course, some people believe that police violence against blacks isn’t a real problem, or at least one that should bother white people. They seem to think it’s pretty much a made-up concern anyway, and “no one needs to get excited about it.” However, if a black athlete kneels during the national anthem in recognition of the victims of police violence, now THAT requires action! We should boycott those sports and related sponsors, and fire or fine the participants!

Some people even believe that the human effects on ‘global warming’ and ‘climate change’ aren’t problems either, and that they should be written off as natural cycles or just a data problem. Anyway, what can be done about it?

In the August 2018 National Highway Traffic Safety Administration (NHTSA) Draft Environmental Impact Statement, the human effect on climate change is acknowledged, but the report concludes that it’s too late to do anything about it. It states that current conditions will now cause a world-wide temperature increase of 7°F(4°C) by 2100. The report states, “A rise of 7 degrees Fahrenheit or 4 degrees Celsius, compared with pre-industrial levels, would be catastrophic, according to scientists. Many coral reefs would dissolve in increasingly acidic oceans. Parts of New York City and Miami would be underwater without costly coastal defenses. Extreme heat waves would routinely smother large parts of the globe … the analysis assumes the planet’s fate is already sealed.”

So, apparently we don’t need emission controls. Our air will get fouled up as the earth warms. Our water and food will become scarce, but rich people will always be able to get some. Catastrophic weather will get worse, but it will largely impact other people, and mostly the poor. In his book Collapse: How Societies Choose to Fail or Succeed, author Jared Diamond looks at failed societies and their causes. These societies refused to deal with change, choosing instead to be the last ones to die.

I recognize the uncertainty in some of the climate change models, but do not believe that ignoring the potential problem is worth the risk. I think we need to take those steps that we can to prepare for the impending problems, regardless of whether they are human-caused or natural. As the NHTSA report noted, we have to decide if Manhattan and Miami are worth protecting, not to mention all those lesser-publicized places. The recent impacts of Hurricane Florence on the southeast, including the secondary flooding, demonstrate the extent of problems associated with localized higher seas, much less regional and continental levels.

However, as some people say, “it’s inevitable, so we should just relax and enjoy it.” I suppose they think they will be the last ones to die …