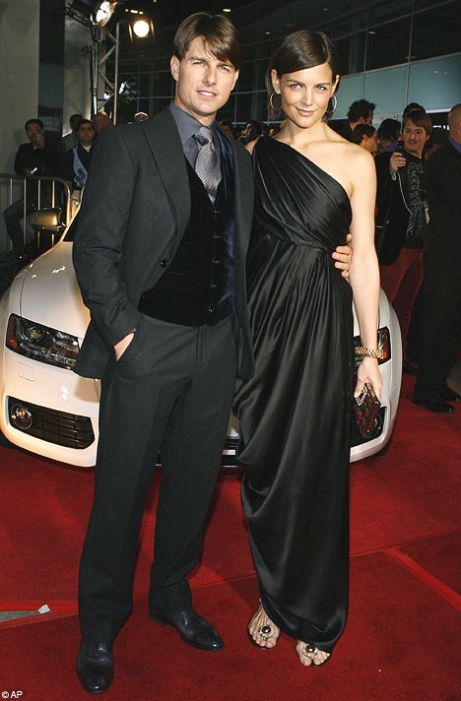 “A man should be tall enough so that his feet touch the ground.”

How Tall Is Tom Cruise?

I’ve seen him in films where he was taller than guys known to be 5′ 8”, 5′ 9”, and 6′ 0” and in photos where he was taller than his wife who was 5′ 9”. He’s actually 5′ 7”, which is shorter than both Matt Damon and the average American male — 5’10”. Sure, in Hollywood, appearances matter and most actors must sell their looks as well as their acting ability. Tom and Matt both have “presence” taller than they actually are, which is part of the reason they are stars.

Tall tales can be entertaining in another way, too. I grew up hearing about Paul Bunyan, who lived with a big blue ox in a place with giant trees that we Texas kids found to be as unbelievable as the lumberjack himself. The legendary John Henry helped build the railroads and drove in iron spikes with a sledge hammer in each hand. Then there was Pecos Bill, a cowboy we could relate to, who lassoed and rode a tornado. Bill raised cattle on a mountaintop where the cows could only circle the mountain one way due to having their legs shorter on one side than the other. My part of Texas was pretty flat, so we never got to see those cows.

Every culture has their tall tales — oft repeated but not to be believed — entertaining and sometimes providing a lesson. Mountain people across the world tell tales of giant hairy men that roam the remote peaks and forests. Fishermen widely tell tall tales about the size of the fish that got away: “It was a whopper!”

Others consider whoppers to be not tall tales, but untruths. They “stretch the truth” or “bend the facts”. Maybe they consider what they say as “alternate facts”. Everybody fibs on occasion — “little white lies”, maybe in response to the question, “Do these pants make me look fat?” or “No, really, do you want the last piece of pie?” Sometimes we “hide the truth” to protect someone’s feelings, and sometimes we do it to make ourselves look good … or someone else look bad.

Apparently to lie is human. Some say they can tell from a person’s eyes whether or not they are lying, but I’ve been fooled by too many liars to believe that tall tale. A successful liar is like a successful story teller; they believe what they are saying as they say it. Usually, they know it’s not really true, but in the moment, it’s real.

We’re experiencing a whole new realm of tall tales these days. Some come from poor storytellers who don’t really believe what they are saying, and it’s obvious to us all. Some tellers are so oblivious to what they have said that they don’t know or care what it was and may not recall it later. Others truly live in an alternate universe where their reality is different from ours, and they know what they say is true, even when it’s proven to be false. It’s getting to where we don’t really know which tall tales to believe and which to ignore.

One way to separate fact from fiction is to question and require some kind of proof. Saying, “I heard it on Fox News” or “It was posted on the internet” isn’t proof — it’s just another opinion. (A friend used to say that everyone has two things in common – they have an opinion and an asshole.) Often we try to rely on unbiased sources for our information; however, lots of people challenge every source and don’t believe there are such things as unbiased sources.

Science seeks the truth of things. Scientists follow processes where information is generated and reviewed, examined and criticized by others with relevant expertise. Over time, a scientific consensus evolves that the information is correct or true. Certainly additional study may occur over time as additional information is available; then it will go through the same process.

However, today we have been manipulated into distrusting everyone, the media, scientists, technical experts, the government, academics and researchers. We’ve been lied to enough that we only trust the information that supports what we already believe, our own opinion. This lack of trust is not only frustrating, but it can be dangerous as well. If health experts tell us something is bad for us, it may be foolish to ignore their warnings. The more technical or complicated a situation is, the more room for questioning the results, and the easier it is to manipulate the general acceptance of the information. Proven false claims lead to more distrust (more opinions and more assholes).

Climate change is one area where significant expertise has been applied to studying the situation and a consensus has emerged. But because what we are told about human influence on climate change impacts our beloved status quo, many people, threatened by it, claim it is false. It is similar to years ago when cigarettes were proven to cause lung cancer but the tobacco companies and others mounted strong campaigns to discredit the research and spread false information about tobacco’s health impacts.

Were these people, these active tobacco promoters, actually lying or did they believe in what they said? It may not matter so much now, the dangers of cigarette smoking are well established and basically the disbelievers are already dead or dying — yes, while many people continue to smoke. But shouldn’t those who resisted the experts and told the lies feel remorse? Do they owe us an apology? Do we hold them accountable for the damage they caused?

People tell tall tales about climate change. Even some of my friends are skeptics. I honor those friends for their scientific expertise in botany, geology, statistics, etc., but when I weigh the opinions of a couple of non-climate scientists against the majority of actual climate scientists around the world who have spent decades studying the topic, I’ll usually go with the expert’s opinion.

I don’t believe in ‘alternate facts’. I consider the source. For example, I don’t believe that Tom Cruise’s or Matt Damon’s opinions on climate change are any better than mine. And if they or any other non-climate scientist tells me a whopper, I’ll take it for what it really is – a lie by another name.

And if a climate scientist tries to convince me what Tom’s actual height is, well, that’s not their area of expertise. But I know the truth about Tom’s height. It simply varies with the movie he’s in and how tall the woman playing opposite him is. It’s called “alternate height”.