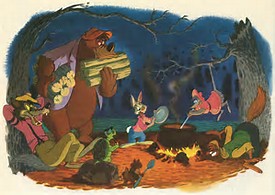 My fiftieth high school reunion is coming up this summer. It’s a terrifying thought.

I’m certain I’m not the only one who’s gained a lot of weight since high school, and doubt that I’ll lose all the extra pounds by then. It’s taken forty years to earn that extra weight, so losing it in three months is unrealistic.

(At a recent office party, we posted pictures of ourselves when we were in high school. One woman looked at mine, and said, “Wow, you used to be good-looking.”)

I’ve already heard from several of my ex-classmates who are excited about us all getting back together, and part of me is the same way. But, I moved away from my hometown to college and never returned for more than a month or so at a time. My folks are gone, siblings scattered and my ties to my hometown are pretty thin — and not all are pleasant.

Oh, sure, I was popular (with some people) in school, was an athlete and did well in my classes. I dated some girls I liked, missed a few chances that I regret, and had quite a few good friends and teachers. All in all, it was a pretty good ride.

Some of my classmates seem to see the high school years suffused with a golden glow, the ideal time socially and politically. To me, that sounds like Reagan fondly remembering the fifties, or some politicians sentimentally recalling those idyllic times when neighborhood children played outside until dark, and mom wore aprons and fixed dinner every night. Dad smoked a pipe and offered sage advice. Like Trump’s “Make America Great” campaign, these memories hearken back to a time that never existed.

As a country, we try to ignore the bad things in our past. If we do recall them, it is usually with a sense that they have gone away with no continuing presence in our lives. Sure, racism and bigotry existed a long time ago, but we’re supposedly past that now. Water fountains and bathrooms are no longer formally segregated, at least by race. Domestic abuse was “just a problem with uppity women.” Sexual predation – “they were asking for it”. Some say that none of that is relevant anymore.

I admit, I can see many of those problems have changed since the old days. We no longer tolerate overt actions, but that doesn’t mean they’ve gone. Recently, we’ve seen an increase in “hate crimes.” Is that just a heightened awareness of actions that used to be of minor import to anyone but the victim? We see much more overt discrimination against women and gays in some circles. Is that due to them fighting back and not accepting a reduced role in society?

As a kid, one of my favorite movies was Disney’s “Song of the South,” a retelling of some of the Uncle Remus stories in slave dialect by Joel Chandler Harris. The movie is narrated by a black slave regaling the grandson of the plantation owner with the wild tales of Brer Bear, Brer Fox and Brer Rabbit. The tales were fun and interesting, slave life in the movie was depicted as gentle and generally happy — the warm summer nights filled with fireflies flickering over the swamp where frogs gently croaked … well, it was a Disney movie.

We know that being a slave is not now or nor has it ever been gentle or happy. We even knew it back when we saw the movie, just as slave owners knew it in the old days. But the Disney version of the past is usually a fantasy, just like politicians they favor a sanitized version — no chains, no whips. Today we call that ‘alternative truth’ and it grows rampant in our public and political lives even for current events.

Uncle Remus knew the difference between the tales from his dreams and the reality of life as a slave. In real life, Brer Rabbit didn’t always get away and the Disney version wouldn’t have ended with the slaves all singing spirituals around a bonfire. Regardless, I remain captivated by the gentle old tales and take heart from the underlying optimism they present.

So, maybe I’ll go to my reunion just to see whether it is the golden glow of remembrance or the hazy dark truths of that time that prevail. Maybe, it will enough to be reminded of the actual facts of that time and skip away unscathed — like Brer Rabbit after being caught by Brer Fox, then thrown into the briar patch.