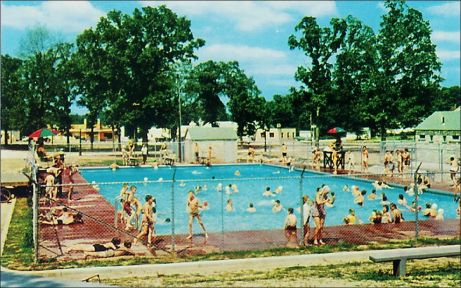 “Few serious scientists doubt that climate change is happening, or that it is man-made. But the fact remains that many still have a hard time grasping global warming, partly as a convenient way of ignoring the destructive impact it is predicted to have. “

“But for simpletons like me, keeping Earth mostly habitable seems like a better use of time and resources.”

As I was growing up In Texas, we developed many ways to avoid the summer heat. Shade was a primary tool ― we had trees, window awnings, covered porches and patio awnings. Umbrellas never made the list for some reason.

Fans were helpful and used extensively, but even with the natural humidity, swamp coolers were a must, and I can remember hours spent lolling around in front of ours. Running through lawn sprinklers was a great way to cool down, but did result in sun exposure and required a bit of energy, unless you just moved a lawn chair into the spray. Refrigeration came later and businesses advertised if they had it.

Of course, swimming pools were among the best ways to cool down. You had to watch out for sunburn and we liberally applied Sea & Ski routinely. My friends who were really sensitive had to smear zinc oxide across their faces to protect their noses. We used the public and commercial pools, but wealthy people had their own, much-coveted, backyard pools. Getting invited over was a real treat.

I’ve also spent some time in other hot places ― Georgia, Arizona, Saudi Arabia, UAE, and vacations in Mexico and the Caribbean. But nothing I’ve experienced will prepare me for the heat that’s coming down due to global warming.

Reporter Brian Kahn says, “According to a new study, extreme heat now only found in parts of the Sahara could spread to nearly 20 percent of the globe (and nearly a third of humanity) if carbon emissions aren’t curtailed.” Frank Jacobs, reporting on a map first published by New Scientist, describes the potential reality, “’Uninhabitable desert’. That’s most of the U.S. and the rest of South America, almost the entirety of Africa and the southern halves of Europe and Asia. Deserts have encroached on (Southern Europe), rivers have dried up and the Alps are now snow-free.”

The anticipated rise in temperature will reach levels dangerous to human life. It’s simple: People will either migrate or die. Technology can ameliorate some of the heat impacts, but it’s impossible to be inside all the time. Look at our growing impatience with stay-at-home orders today.

Kahn continues, “It turns out people can make do with all levels of rainfall, with humans living in all but the very driest places on Earth. Civilization has also adapted to all types of soil fertility. The biggest limiting factor in terms of human habitation is how hot it gets.”

Heat can kill directly, but it can also worsen other health problems and the economy, just as we’re seeing with the Covid pandemic.

Tessinia Funes notes that the projected deaths will not spread out equally. Poor and non-white areas will be harder hit. A study showed, “Many of these hottest spots corresponded to the neighborhoods that were redlined in the 1930s.” The study confirms, “most communities with a history of redlining—the government-led practice of discriminating against communities of color by denying them home loans and insurance and labeling their neighborhoods “hazardous” to real estate investors with literal red lines on maps — experience higher land surface temperature than nearby communities that weren’t redlined.”

“Low-income communities and communities of color already face disproportionate risk during extreme heat. Heatstroke, dehydration, exhaustion, and heart and asthma attacks could happen to anyone exposed to extreme levels of heat. But vulnerable individuals are less likely to have access to or be able to afford air conditioning, for example, to cool off when this type of warmth strikes.”

Frank Jacobs again describes the future,, “Say goodbye to the Eastern Seaboard of the U.S., to Mexico and Central America, to the middle third of South America. In Africa, Mozambique and Madagascar are gone; Asia loses much of the Indian subcontinent, including all of Pakistan; Indochina is abandoned, as is most of Indonesia.” Of course, the better off will be able to afford to move and buy the necessary technology to survive. The rest won’t just sit there and die. Like today’s immigrants to Europe and the U.S., people will endure all kinds of hardship and oppression to find a better place for themselves and their families.

As reported by Kahn, “That’s what’s most alarming about the results. They show that, absent curbing emissions, there will almost certainly be mass migrations out of the hot zones. It won’t all happen in 2070 like a switch flipped. Rather, some areas will pass the climate niche threshold first, potentially triggering waves of migration.”

But warming will also change the climate in the most northern and southern places. Antarctica will become more temperate, as will parts of Canada, Alaska and Russia. Humanity as well as agriculture will move north with the more temperate climate. Frank Jacobs suggests, “Now is the time to buy property in Greenland – before it too turns green…”

Yessenia Funes, Extreme Heat Is Another Legacy of Segregation, 1/14/20, Gizmodo

Brian Kahn, A Third of the World’s Population Could Be Blanketed in Sahara-Like Heat by 2070, 5/6/20, Earther Newsletter

One thought on “If You Can’t Stand the Heat…”