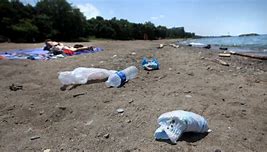 I think it started with the dirty diaper panic. Years ago, it suddenly became the cause celebre among environmentalists (few of whom, I suspect, were actually parents). Dirty diapers littering the landscape and bursting out of the landfills. Dirty diapers oozing baby poop lining the roads of America, causing disease, disaster and mayhem. “Ban disposable diapers!”

More recently, the cause celebre among environmentalists is plastics in the ocean, specifically plastic straws. They creep out of restaurant and convenience store trash cans and slither into nearby streams, making their way into the oceans where they attack fish and unsuspecting swimmers. “Ban plastic straws!”

While I am a strong supporter of keeping our trash out of the rivers and oceans, and consider it one of the worst impacts of human life on the environment, I’m not sure that banning plastic straws is “the” answer. I remember as a kid using paper straws and they were relatively serviceable despite their inherent flimsiness. But, if the milkshake was too thick, we used long handled plastic spoons anyway. They were great fun, too. You could fold and bend them into amusing shapes to annoy any nearby adult.

It is important to note that most trash in the oceans is intentionally put there. Many places use local streams and rivers as their repository for trash. Melissa Breyer reports, “Research reveals that rivers deliver up to 4 million metric tons of plastic debris to the sea every year, with up to 95% coming from just 10 of them.”

In addition, Sandra LaVille notes, “Lost and abandoned fishing gear which is deadly to marine life makes up the majority of large plastic pollution in the oceans, according to a report by Greenpeace.” She adds, “More than 640,000 tonnes of nets, lines, pots and traps used in commercial fishing are dumped and discarded in the sea every year, the same weight as 55,000 double-decker buses.”

“The report said abandoned fishing gear was particularly deadly. ‘Nets and lines can pose a threat to wildlife for years or decades, ensnaring everything from small fish and crustaceans to endangered turtles, seabirds and even whales … Spreading throughout the ocean on tides and currents, lost and discarded fishing gear is now drifting to Arctic coastlines, washing up on remote Pacific islands, entangled on coral reefs and littering the deep seafloor.’”

This ‘ghost gear’ represents a high percentage of the ‘macroplastics’ found in the oceans, varying from 70% to more than 80%, even though these macroplastics may be a small portion of total plastics. However, ‘macroplastics’, such as fishing nets can degrade and continue to disrupt wildlife of all sizes for years and even decades. “Greenpeace said ghost gear was particularly prevalent from illegal, unregulated and unreported fishing, but overcrowded fisheries also contributed to the problem.”

I was once camping in Saudi Arabia with a group of Brits on a remote beach of the Red Sea. There were only small shrubs for a campfire, so we combed the beach for burnable debris to make it larger. There was sufficient trash for a good fire. After a while as the fire was dying down, one of the guys brought a large wad of sand-encrusted rope, part of a fishing net, and placed it on the fire. Surprisingly, the nylon burned quite well, sending a vast array of colored flames up into the air. The environmental engineer in the crowd, I cautioned everyone to stay back from the fire and be careful not to breathe in the fumes.

I have thought recently about that night and how the pretty flames soared skyward, and what contamination that material was spreading potentially to us and, actually, into the environment. But even left in the sea, the mass of plastic was a hazard to sea life, and ultimately, our planet.

I believe that there is no single culprit for our pollution problems. Dirty diapers may be disgusting, but aren’t the most important or critical issue, even if, as litter, they need to be addressed. As well, plastic straws should not be littered or dumped with trash into our rivers and oceans. Nor should fishermen be allowed to dump their trash or ignore their lost equipment in the oceans.

What we know about our world is that everything is connected and you can’t just pluck one strand of the web without affecting the other parts. So, trying to address one component of a problem may not solve it, but that doesn’t mean we shouldn’t do whatever we can when we can.

Don’t litter. Recycle or reuse what you can. Live sustainably. In your journey through life, be kind to your fellow travelers, human or otherwise. If enough of us do this, it will change the world for the better.