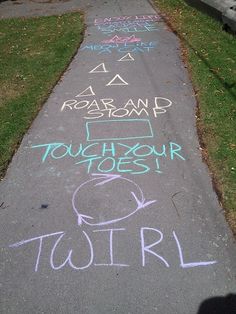 “These are the consequences of the old ways with which I feel easiest: walking as enabling sight and thought rather than encouraging retreat and escape; paths as offering not only means of traversing space, but also ways of feeling, being and knowing.”
~ Robert Macfarlane

Our elementary school was about six blocks from my house. Every school morning, my brother and I would be suitably dressed and, if needed, bundled for the weather, and sent off to school. As the younger brother, I was usually lagging behind while we joined with the various kids we knew along the way. There was an informal separation of the kids by family and age. The older were eager to separate themselves from the younger and we young’uns tended to go slower and with less focus.

After school, the process was reversed as we headed back home, except that many of us were diverted to a friend’s house or some sports activity, or even a stop at the five-and-dime if anyone had any money. The small neighborhood strip mall (in today’s terms) included a small grocery store, the aforementioned five-and-dime (where we got candy), a barbershop (where we got our crewcuts), a few other places and, at the end, the local theater displayed posters advertising the current and upcoming features. Saturday double features were a real treat!

While the walk to school was usually a group activity, the return was usually made alone. We learned the best routes, where we could avoid the high school kids, the local toughs and the more aggressive dogs. But we also found the places that were more interesting — even if they were sometimes scary. I usually found some curious item to observe, retrieve or ponder. Some things made my “keepsake” box, but some were scoffed at by my brother or parents, and once my mother recoiled in shock at something I picked up somewhere, threw it away, and made me immediately wash my hands. I have no idea what it was.

We kids used to walk to places a lot. To school, over to friends’ houses, up to the high school on weekends to explore, play football or just to get away. Going out for a walk was a good way to be alone in a busy household. Antonia Malchik, author of A Walking Life: Reclaiming Our Health and Our Freedom One Step at a Time, sees walking as a way to settle your mind and talks about, “the Latin phrase ‘solvitur ambulando’, or “it is solved by walking.” Originally used to describe a premise that is explored through practical experiment, the phrase has been used by thinkers, writers and travelers throughout millennia of written history, people who believed — because they walked and found it to be true — that walking was an answer to the stuck thought, the sorrowing heart, the moral dilemma. It is the realization that freedom of the mind is intertwined with freedom of movement.”

Today, most of us live in places where routine walking is inconvenient, if not physically discouraged. Often sidewalks, where they exist, aren’t walker friendly (too narrow, against the curb), and destinations are far away or located in heavy traffic areas. Schools and markets are seldom located near the neighborhoods and it’s just more convenient to go by car. As a result, most people, including kids, don’t get the chance to walk with purpose or just wander around aimlessly, seeing what there is to see. Our thoughts are confined and of limited range. Our problems may seem insolvable, hard to see a way through.

Malchik notes, “I’ve walked off sadness, anxiety, anger and fear, wandering until whatever dark emotion gripped me receded enough that I could place it in perspective. Depression in particular has lost its power. When that familiar numbness creeps through my fingers and heart, I force myself to step outside no matter the weather, to walk a little, even just to the mailbox. Not once has it failed to remind me that life is a beautiful, complex thing worth living.”

We know that exposure to nature helps to settle a mind, but walking also helps keep us sane. It seems that only older neighborhoods were created with walking in mind. Areas developed later were designed around the needs of the automobile, leading to sprawl. Where our communities are not designed to facilitate walking, we need to change them. We need functional sidewalks, street trees, pedestrian crossings in traffic areas and local green spaces.

Remember when you were a child, the walk to school or the store was an adventure or a time to ponder your world? It’s time for each of us to be like a kid again.

Additional information:
Antonia Malchik, It is Solved by Walking: The Path to Fixing our Broken Communities is Forged by Footsteps, May 13, 2019, High Country New

Shel Silverstein, Where the Sidewalk Ends, 1974