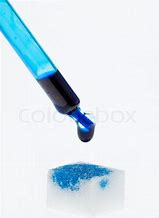 Vaccine hesitancy, a reluctance or refusal to vaccinate or have one’s children vaccinated, has been identified by the World Health Organization as one of the top ten global health threats of 2019 … Hesitancy and debates have occurred since the invention of vaccination, and indeed pre-date the coining of the terms vaccine and vaccination by nearly 80 years.
Despite overwhelming scientific consensus that vaccines are safe and effective, unsubstantiated scares regarding their safety still occur, resulting in outbreaks and deaths from vaccine-preventable diseases … Falling immunization rates due to vaccine hesitancy have led to outbreaks of preventable disease, notably measles and pertussis
~ Wikipedia

It’s apparently a trend these days to disbelieve scientific facts. Numbers can be spouted at random, and some people will believe them without any critical assessment. Of course, the scientific process has a defined method of review and confirmation, leading to vetted facts representative of what is known. Or instead, you can rely on your instincts, your ‘gut’, often supported by unvetted arguments, lack of knowledge and uncertainty.

Knowledgeable people can use their instincts, based on experience and self-assessment, to help them assess a given situation. However, this process can be subject to all kinds of bias — we all tend to accept ‘facts’ that we instinctively agree with, and fail to question with the requisite scrutiny.

I believe that virtually all of us love our children and want to protect them. I think it is part of our genetic coding, maybe a basic species-survival instinct. However, we don’t all have the same way of dealing with our protectiveness — based on our core values, experience and issue-specific education. “Spare the rod, spoil the child,” from the 17th Century poem, Hudibrus, by Samuel Butler reflects a biblical misinterpretation often used to justify physical abuse of children. Biblical statements about women obeying their husbands are similarly used to justify repression and abuse of women. Wife and child abusers everywhere justify their actions as “love”.

Similarly, anti-vaxxers love their children too much to vaccinate them.

I remember in elementary school one day we had to all line up in the auditorium to consume our sugar cube. The cube contained a polio vaccine developed by Jonas Salk and Albert Sabin to combat polio, poliomyelitis, which has now been nearly eliminated worldwide. One guy in my class didn’t have to take the sugar cube; he wore steel leg-braces and walked with crutches as a result of already having had polio. (Note: over time and through a rigorous physical regimen, he recovered and was ultimately the quarterback on my high school team.)

It’s not just vaccinations. We’re also experiencing a wave of concern regarding all aspects of genetic engineering, in spite of the successes we’ve had with modified grains boosting yields and disease resistance. It is certainly appropriate to closely scrutinize these efforts and test them for unanticipated effects. Lately the concerns have focused on GMO foods. Wikipedia defines GMO, “A genetically modified organism (GMO) is any organism whose genetic material has been altered using genetic engineering techniques. The exact definition of a genetically modified organism and what constitutes genetic engineering varies, with the most common being an organism altered in a way that ‘does not occur naturally by mating and/or natural recombination’. A wide variety of organisms have been genetically modified (GM), from animals to plants and microorganisms. Genes have been transferred within the same species, across species (creating transgenic organisms) and even across kingdoms. New genes can be introduced, or endogenous genes can be enhanced, altered or knocked out.”

And all of this is ongoing. Recent reports identified two specific new efforts that use interesting concepts: creating crops with inherent vaccines against diseases and chickens that can lay eggs containing anti-cancer drugs.

YaleEnvironment360’s Richard Conniff reports, “Researchers are using gene editing to develop biodegradable vaccines that protect crops from pathogens.” The idea is that the vaccinated plants would not require chemical pesticides and would have resulting positive effects on human health and the environment. He quotes researchers in noting, “Instead of eliciting persistent immunity as a vaccine would do, it works only if the pathogen is present and even then only for the 10 or 20 days it takes for the dsRNA (double-stranded RNA) to biodegrade.” More testing and research will explore this concept and its effects.

According to BBC News’, Pallab Ghosh, “Researchers have genetically modified chickens that can lay eggs that contain drugs for arthritis and some cancers … The drugs are 100 times cheaper to produce when laid than when manufactured in factories … The researchers believe that in time production can be scaled up to produce medicines in commercial quantities.”

There is a lot of research and development being done to improve our health and provide more food for our growing population worldwide. But that’s nothing new. One report states that 75% of US adults take some form of vitamin supplements.
For years we’ve taken steps to improve our food supply and nutrition. For example, according to a report in Nutrients, we’re using table salt as a method of introducing iodine into people’s diet which is “required for the synthesis of the thyroid hormones, thyroxine (T4) and triiodothyronine (T3), which play key roles in the metabolic processes of vertebrate life … Approximately 120 countries, including Canada and some parts of Mexico, have adopted mandatory iodization of all food-grade salt, although the extent of implementation efforts in individual countries is unknown. In contrast, fortification of salt with iodine in the U.S. is voluntary.”

It may be that over time we learn to trust science over emotion. On the other hand, I suppose the numbers of those refusing to accept science may gradually decline through education or attrition. Small pox, polio, mumps, rubella, measles, whooping cough and other diseases are still out there, just waiting for a chance to return.

Don’t want to take the shot? Take it with a grain of salt? Maybe a sugar cube? Or, how would you like your eggs?