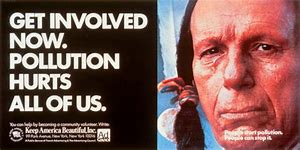 As we walked into town for breakfast, up ahead I saw him rise from his spot on the planter in the shade to pick up an empty plastic water bottle that had blown down the street. He tossed it into the trash can and reclaimed his spot.

As we passed, he avoided eye contact, but acknowledged our usual greeting with a silent nod. Worn, dirty clothes, hands stained with who knows what, and raggedy hair under a greasy hat. Yet, he had more pride in his surroundings than all the others who had walked past that bottle all morning, not to mention whoever had tossed it in the first place.

There’s a lot of consternation about plastic these days. San Francisco, Seattle and other places have enacted plastic or plastic straw bans, and there is lots of public uproar over “single use plastics” — at least among some activists. Identified items include foam take-out containers, coated hot beverage cups (notably from one ubiquitous coffee retailer), and plastic utensils. Plastics are linked to problems in waterways and in the ocean, and just generally trash up beaches and coastlines.

Plastic degrades in sunlight and when exposed to the environment, the bits wash away with storm water to ultimately reach streams, rivers, lakes or the ocean. Aquatic creatures ingest the plastic along with food and since plastic does not digest, if they eat too much of it, they can die of starvation. Microplastics from the degradation of plastics are found coating the ocean floor and even in arctic sea ice. Large pieces of plastic similarly blow or wash away and can entangle creatures, impairing their mobility — essentially their ability to survive.

Anyone who has used the internet or read a magazine has had their heart broken by the images of sea birds, turtles and even whales entangled in plastics. We know about the giant plastic bights or vortexes that have formed in every ocean and even the Great Lakes. So, people are demanding the elimination of many plastics and organizing beach and ocean cleanups.

Many poorer and island countries, however, cannot afford to landfill their trash, and either intentionally or not, dispose of it in the ocean. Littering can be endemic everywhere. In addition, fishing nets can be lost or abandoned after becoming entangled on reefs and the ocean floor. Following the Japanese tsunami that struck Fukushima, all kinds of debris washed up on west coast beaches in the U.S., luring competition among locals and tourists to see who could find the most interesting flotsam. At other times, jetsam — materials intentionally tossed overboard — is found on beaches everywhere.

Consumers also play a role; sometimes we just plain litter. We miss the trash can, forget we left the food wrappers or drink container on the picnic table or let it blow away in a gust of wind. Our trash falls out of the car door or blows from the pickup bed. We forget, we don’t pay attention, and sometimes, we just don’t care.

All of these actions contribute to the inappropriate presence of plastics and microplastics in the environment.

The current plastic activism follows a long tradition of certain types of trash catching the public attention and outrage. They say that Coors pioneered the recycling of aluminum cans when the elder Coors became tired of seeing his name on the beer can litter along highways. Today, it is rare to see beer can litter anywhere, since the cans can be sold for recycling. Dumpster diving for cans is also popular among people needing a little cash.

Some of the public attention and outrage derives from a social bias. A few years ago, a public outcry occurred about fast-food containers, then poopy disposable diapers, reportedly littering roadways and parks. For a while it was used syringes washing up on beaches; littering adds to our disgust with druggies. We decry those affluent snobs who take their SUV’s through the drive-thru to get an expensive, fancy coffee every morning. And what about those snooty people that avoid good ol’ tap water in preference of exotic water in plastic bottles?

Of course, properly handled plastics never are exposed to the environment. They can be recycled or safely disposed to end up where they belong, in landfills. Some manufacturers can generate microplastic in their wastewaters, but addressing that issue (how they dispose of it) is a separate question from banning plastic straws.

The Chinese government is complicating matters by a recently announced ban on the import of many materials for recycling, including plastics. Since China is the main recipient of many recycle streams worldwide, many countries are having to shift their waste management strategies. Numerous companies are developing and marketing plastic reprocessing plants. These facilities are attempting to process plastic to return it to its more original state as oils, which could then be used to replace other oils in industry and certain products. Cost and energy use will define their practicality.

Currently, several places are using shredded plastic to augment aggregate in road base or asphalt. Tests have been conducted to determine if plastics resist erosion of the road surface by traffic better than aggregate. In many poor countries, plastic bottles are filled with water and fixed into the roof or walls of structures to transmit sunlight. Similarly, dirt-filled bottles have replaced bricks in building walls.

However, plastic’s utility is not just convenience. Plastic containers are effective for the safe storage of all kinds of materials, including food. Food preservation is a convenience in developed areas, but can be a matter of life and death in areas with insufficient sanitation or power supply. Even plastic water bottles may be the only source of clean water for many people. Reusable containers require periodic cleaning, particularly if shared among multiple people or with multiple purposes.

As we walked further down the street, I noticed additional trash in the gutter, but didn’t stop to pick it up. I knew it would ultimately wash away or be sucked up by the city street sweeper’s monthly run. However, it kinda ate at me during breakfast, so on my return trip, I picked some of it up and disposed of it properly.

Nice to know that I had almost as much civic pride as that street guy. Makes me proud …