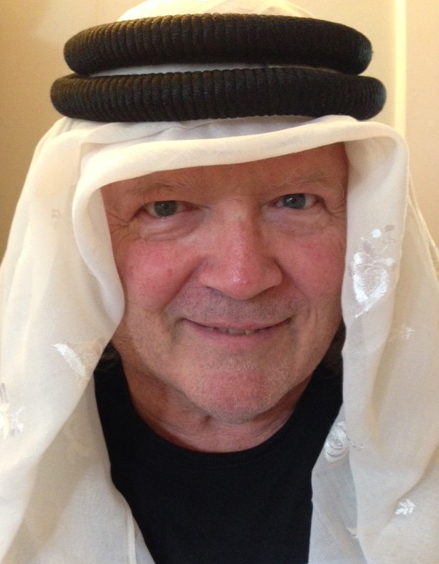 “Mr. Steven. Come now,” the small Arab man ordered. Still half asleep, I climbed into the roofless jeep and we took off at a dizzying speed through the silent construction project, lit mostly by the enormous flare casting deep shadows through the dark site. “What have I gotten myself into?”

Years ago, I had a chance to work in Abu Dhabi on the Arabian Gulf (as the locals referred to the Arabian side of the Persian Gulf). I went with a team to study environmental policies the national oil company wanted for the industrial complex housing their existing massive pipeline terminal and, ultimately, oil refinery, natural gas liquefaction plant and power plant.

After a few days in the city of Abu Dhabi, we relocated to a huge construction camp about fifty miles away on the gulf. As American consultants, we were rewarded with single rooms located in small trailers scattered among the hundred or so trailers housing the Chinese, Koreans, Brits, and Arabs from various countries. Reflecting this diversity, the communal cafeteria had two separate lines, one for local food and another for “western” food. The latter included the Korean, Chinese, European and American selections.

My work took me mostly off the construction site in the company of a Brit who worked for the oil company. The rest of the team was similarly dispatched in different directions, and we spent little time together except at meals. The center of the site was the end of the pipeline where the natural gas coming out with the oil was flared off. A fifty-foot flame of gas burned continuously atop a 100-foot stack, day and night, illuminating the entire complex in bright light and eerie dark shadows.

One night I was wakened by a loud knocking at my door. A small Arab man stood in the half-shadow of the flare. “Mr. Steven?” he asked.

I nodded. “Must come,” he waved me toward the running jeep parked behind him, “Must come now.”

I hesitated and shook my head. “Come now. Fire at power plant. Hurry, need your help.”

Dazed, I grabbed my clothes and climbed in the jeep. We sped off between the trailers, and careened down a dirt path among various pieces of equipment and buildings under construction. The light from the flare and the unrecognizable shadows made for an otherworldly experience as we bounced and swayed through the site. I had visions of kidnappings and was a little worried. Finally, we reached a large half-built structure and slid to a stop. My driver urged me out of the vehicle and I followed him at a fast pace through a tangle of ongoing construction and dark hallways. This did nothing to allay my concerns.

We emerged into an enormous room, immeasurable in the darkness, but brightly lit in one corner. Flood lamps were directed at a group of men wearing coveralls and hard hats surrounding a large boxy piece of equipment. When we approached the group, everyone turned to stare at me expectantly. I was led to the equipment, and several workers pointed their flashlights at the bottom edge, where a faint line of ash had slipped from inside. The foreman pointed to the ash and asked me something I couldn’t understand. In heavily accented English, he then asked me to look more closely. “Is it safe?” he asked. I stared back at him stupidly. “What do we do?” he continued.

I looked at the circle of expectant faces surrounding me, and realized that I wasn’t in Kansas anymore. I had no idea where I was, who these people were, or what I was being asked. Already uneasy, my emotions shifted towards actual fear. What was going on?

I suppose at this point my dozen or so years of training as a consultant came into play. I turned to the foreman, and handed him my business card. He read it closely, looked at me and pointed at my card. I nodded yes, and he turned and began to berate my driver in a language I didn’t know. After a long heated exchange that several others joined in, the foreman turned to me and handed back my card. “So sorry,” was all he said.

The driver pulled me back to the jeep and we once again sped off into the night. He skidded up to my trailer, urged me out of the jeep and drove off wildly. I went back to bed wondering if that had really happened.

The next day over breakfast, I recounted the story to the others. Skeptical at first, they finally took me seriously when my Brit friend explained that in Arabic, the surname or last name comes first, before the given name. The reverse is true in many other cultures, including English. Thus, the driver was probably looking for someone named Mr. Stevens, not Steve Tarlton. The paperwork collision between English and Arabic resulted in the confusion.

We developed a whole set of environmental protection procedures and policies for the company to follow. Obviously, a major focus was to protect the Gulf waters containing manatees and other unique life. Unfortunately, about a year after we completed our work, Sadaam invaded Kuwait and the US and Saudis retaliated with Desert Storm. During the war, uncountable gallons of oil were spilled into the Gulf and oil well fires burned for months.

If you let it, life can make you cynical.